Kristen, from Fremont, California, served as Pacific Division Vice Director until the passing of Director Jim Tiemstra, K6JAT on October 30, 2020 when she began serving as Director.

McIntyre, who has served as ARRL Technical Coordinator for the East Bay Section, says on her QRZ.com profile that she's been interested in radio since she was about 5 years old. She got her Technician ticket in the late 1970s while a student at Massachusetts Institute of Technology. After letting her license expire, she re-licensed and obtained her Amateur Extra license.

She also is licensed in Japan, her second home, as JI1IZZ. McIntyre is president of the Palo Alto Amateur Radio Club and is a senior software engineer at Apple.

Anthony (Tony), currently resides in North Las Vegas after moving recently to the area from the Reno/Tahoe Area. Tony was born in the Carson City area where his interest in amateur radio and receiving his Novice license at age 15 after attending what initially was thought to be an electronics course and wanted to get more experience in building electronic projects. He currently holds an extra class license and has served on many of the local clubs in various roles and recently was re-elected to the Sierra Nevada Amateur Radio Society Board of Directors and the Board of Directors for the Las Vegas Repeater Association in Las Vegas.

You will find him on DMR, Analog repeaters and of course HF radio where he enjoys the adventures of hiking to many of the trails and outdoor areas of Nevada and California operating low power operations (QRP) and experimenting with portable antennas along with participating in contests when time permits and learning more about the digital modes growing in popularity and use on the HF Bands. He also enjoys teaching and mentoring hams by participating in license class courses, training workshops, one on one sessions and conventions.

Tony is an Information Technology Professional with the Nevada Department of Transportation where he serves as the Application Development and QA/QC Manager and Azure DevOps Architect. 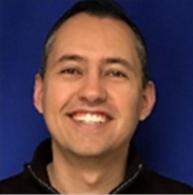